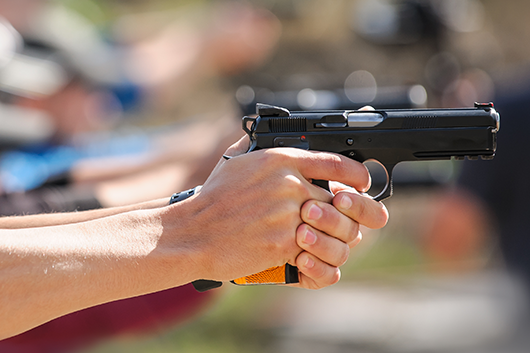 Firearms are similar to cars, planes, and other tools and machines: They are perfectly safe as long as the owner or operator is educated, responsible, and sufficiently competent with their use. However, misuse or mishandling carries a significant risk of causing injuries to yourself and others.

The vast majority of gun-related incidents happen due to a lack of essential gun safety education.

Although following gun safety rules is essential, many new gun owners may not realize why they are so critical for responsible gun ownership and, more critically, what is at risk if they break these rules.

The Four Rules of Gun Safety

Whether in a gun safety class, a gun shop, a shooting range, on the internet, on National Rifle Association resources, or anywhere else that talks about basic handgun safety, most gun owners in the United States have seen the basic four rules of gun safety in some form.

Treat Every Firearm as if it Was Loaded

This rule is sometimes written, “All guns are always loaded.”

Naturally, firearms are not always loaded in the literal sense. The purpose of this rule is to teach beginner gun owners to respect firearms as objects that can cause severe and deadly injuries when mishandled and to never be complacent around a gun.

Too often, incidents resulting in a firearm injury start with a person mistakenly believing a gun was unloaded and firing a shot unintentionally, often with tragic consequences.

The best way to avoid breaking this rule is to learn basic firearm operation before touching it and to personally inspect the action and check whether a gun in your hands is loaded and ready to fire. 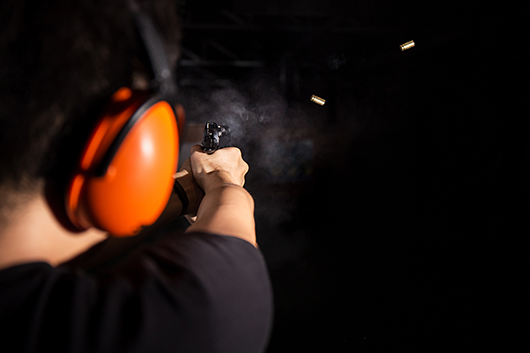 The concept behind this rule is known as muzzle discipline. A properly-working firearm can only harm or destroy what’s in front of the muzzle. Therefore, it is paramount always to be mindful of where your gun is pointing, particularly when in your hands.

A practical example of this scenario is at a typical public shooting range. One of the main jobs of range safety officers and firearm instructors is injury prevention. Their role is to ensure that all shooters keep their guns safely pointed at the targets (downrange) or in a safe and non-threatening state such as unloaded and in a bag to prevent any individual customer from harming themselves or others.

However, even if you know your gun is unloaded, never point it at anyone unless it’s in an obvious and unmistakable safe position (e.g., with the action locked open or a chamber safety flag). Breaking this rule may cause the range instructors (and possibly other customers) to point their back guns at you.

Keep Your Finger Off The Trigger Until Ready to Shoot

Following this rule is about developing another common gun safety concept called trigger discipline. Under normal circumstances, a firearm will not fire if the trigger isn’t pulled.

A common and often-repeated point in firearm training and concealed carry permit classes is to ensure your finger stays off the trigger, even when pointed at a target, until and unless the shooter is 100% certain you will fire.

This rule applies in many situations, including non-shooting-related gun handling, such as holstering and reholstering. An example of what may happen to a shooter with poor trigger discipline is the incident involving firearm YouTuber Tex Grebner, who famously and accidentally shot himself through the thigh during training.

Be Sure of Your Target and What’s Beyond

Once you pull the trigger, you cannot control the bullet or make it come back. For this reason, you should never open fire at anything you cannot identify. If you can’t positively tell what your firearm is pointing at, pulling the trigger puts you at risk of shooting something you didn’t intend to hit.

While this rule is relatively easy to understand and apply at the range, it becomes critical in other live-fire situations, such as hunting or self-defense. Another way to remember this rule is to apply this principle: “Don’t shoot at a sound.” Even if it sounds like your intended target, if you can’t see it or positively identify it, you can’t be truly sure of the target.

Gun Safety is a Full-Time Responsibility

Gun safety is a matter of personal responsibility and public health. The more safety rules you break, the more likely you are to endanger yourself or others. While no situation can ever be 100% safe 100% of the time, you must still respect as many of the basic gun safety rules as humanly possible.

In addition to the four essential rules, here are additional guidelines you should follow for extra safety:

IFA Tactical Training is a Michigan-based firearms training center. Our mission is to equip American citizens in the Detroit area with the education and live-fire practice they need to become responsible gun owners.